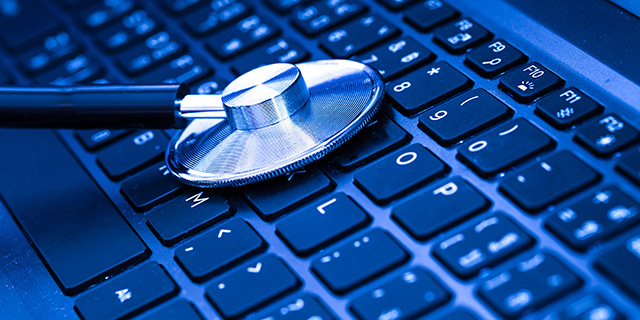 It is a commonplace that the Internet has the potential to create a global classroom in which students and teachers from different countries work together to enhance their understandings.  This project explores how a group of students and teachers at the Isidore Newman School in New Orleans worked with their counterparts in India to come to a better understanding of modern day India and colonial legacy that modern India has inherited.
The project was led by Priscilla Jesunathadas, a graduate of Isidore Newman.  Jonah Peretti, then chair of the computer department at Newman, coordinated the project at the school, and Martin Avegno, then a tenth grade student at Newman, provided programming assistance.  Arunkumar Vora, a retired journalist, coordinated the project in India, and Janhavi Vinayak, then a thirteen year-old student in Panchagani, served as the project’s primary field researcher in India.
While such a collaborative project might be done via the phone or regular mail, e-mail makes such collaborative projects much more viable.  One may obtain free e-mail accounts from a number of web sites including http://mail.yahoo.com/ or www.hotmail.com.  While e-mail certainly fosters the exchange of information between the parties abroad and the parties in the States, the ability to carry out research on the Internet and then to publish the results on one’s collaborative work online bolsters such international projects immensely.
The first step in carrying out an international project is to see what the content of the project might be.  Simply working with others abroad for the sake of working with others abroad might not carry one very far.  In this project, the content focus was on Britain’s rule of India during the so-called Raj, modern India after independence, and how colonial rule of India may have impacted modern India.To help one establish contacts with educators abroad, one invaluable source is ePALS located at www.epals.com.  Epals provides contact information for educators in different countries who are interested in fostering educational exchanges via e-mail and the Internet.  Contacts abroad may conveniently be searched for by any combination of city, country, grade level, and language.  Using personal contacts within the school or area community can be another good means of making contact with teachers and students abroad. A good way to start the communication is to work out the scope of any collaboration and a timeline for the various steps in the collaborative endeavor.  Responsibilities for carrying out these steps might be divided in a number of ways between participants in the United States and those abroad.  In creating a historical web site, maps, timelines, historical introductions, in-depth essays, photographs, videos, poems, short stories, multi-media slide shows, and interviews might all be part of the project.
The featured collaboration between Isidore Newman and their Indian colleagues, for instance, includes stories, poems, slide shows, interviews, essays, and historical overviews, as well as an introduction to the project and the project’s participants.  The web site arising from that collaboration is located  The site was recognized for its excellence by ThinkQuest and may serve as a model for how one might organize information collected in a collaborative international project.
To give the reader a general sense of India’s history, the site provides an introduction to India’s history over the past 200 years.  The site then includes a number of brief historical essays on various aspects of Indian history, the bulk of these focusing on the road to independence from Britain and the means by which Britain ruled its colonies, particularly India.  The site also includes rather more extensive essays on Indian history and culture.  One deals with language, one with the independence and partition of India, and one with Gandhi himself.
To give the reader a visual sense of India’s marvels, the site contains a number of slide shows.   These slides shows included one on British Influence, one on City Life, one on Hindu Architecture, one on Scenery & People, and one on Village Life. To further immerse one in Indian culture, the site contains a festivals section that provides a sort of anthropological introduction to the role of festivals, and then discusses particular important Indian festivals one by one.
Much of the web site’s merit — and the merit of the collaboration — lies in the personal nature of the material collected.  The stories and poems, for instance, are “based on personal experiences of the effects of British rule on Indian culture.”  Similarly, the interviews document individual’s experiences with historical phenomena.  The interview section at present contains seven interviews, each revolving around the question, what does it feel like to live in post-colonial India?  Each interview is accompanied by the interviewee’s name, age, occupation, and the place the interview took place and pictures of the interviewer with the interviewee.One of the most interesting aspects of the web site on India is its openness to input from others outside the original collaborative enterprise.  Visitors to the web site are invited to contribute their own stories, poems, essays, or pictures to the web site.  Through the use of message boards, visitors are also invited to comment on any stories, poems, essays, and pictures already posted on the porno italiani web site.
The featured web site on India may serve as a model for how others might carry out an international partnership with technology.  The site provides a good range of the types of materials that may be exchanged and assembled in such a partnership and gives some idea of how the Internet might be used to foster that exchange and assembly process.  Perhaps the most admirable feature of the featured web site — and one that really deserves to be emulated in other collaborative enterprises — is its openness to contributions from others.  In order to make one’s own collaborative endeavors more dynamic, one might seriously consider allowing others not directly involved in the original project to become involved by contributing their ideas, poems, stories, experiences, pictures, audio clips, video clips,  … via e-mail or a discussion board.